Did you know that about 500 million tonnes of rubbish has already been dumped across the world this year? And that figure isn’t set to go down anytime soon. In fact, experts predict it’ll climb to around 2 billion tonnes by the time December rolls around. 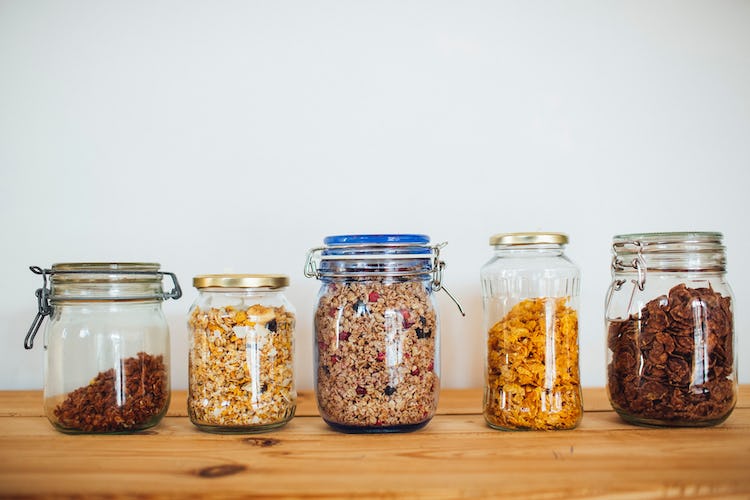 It’s stats like these that might make you stop and seriously think about how much waste you produce. But how can we tackle that on a personal level?

One of the things you might want to consider is adopting a zero waste lifestyle. This growing concept was kickstarted over 40 years ago and there’s now dozens of organisations around the globe that teach people about the benefits of zero waste systems.

What is zero waste?

Zero waste is as straightforward as it sounds. The concept encourages people to produce as little waste as possible, with the ultimate goal to produce no waste at all.

Sound like a lot of effort? There are heaps of ways to embrace the zero waste lifestyle - and not all of them require you to completely overhaul your daily habits. Why not try:

See? Achieving a zero waste lifestyle doesn’t need to involve a huge number of sacrifices. A few simple switches can make a world of difference.

How did the zero waste movement start?

The concept of recycling and reusing items is by no means new. Look back through history and you’ll realise many cultures have been doing this for centuries.

However, the so-called ‘zero waste movement’ that has become particularly popular - and very poignant - in recent years has its roots in the 1970s following events like Earth Day. A decade later, one of the very first recycling schemes - known as Total Recycling - was thought up by Californian, Daniel Knapp.

His innovative concept blossomed over the years, with many governments and organisations around the world adopting its principles. What’s more, he and his wife co-founded Urban Ore: a company that took waste from landfills and turned it into something useful for local communities.

Knapp’s innovations are the foundations of the modern zero waste movement. Another name you might hear floating around is Bea Johnson. In the early 2010s, she started a blog called Zero Waste Home. Her novel ideas and emphasis that individual change is both important and necessary to achieve global change sum up what zero waste living is all about.

Back in 2013, Bea Johnson took the jump from blogger to published author with her book Zero Waste Home: The Ultimate Guide to Simplifying Your Life By Reducing Your Waste.

In its pages, she came up with a new version of the three r’s (reduce, reuse, recycle) that we’re all probably pretty familiar with already. The 5 r’s of zero waste are:

Why is zero waste important?

Over-packaging and our ever-increasing rate of consumption - whether that’s food, fashion or finite resources like gas - is causing serious damage to the environment.

It’s not a problem that’s likely to go away anytime soon, either. In fact, according to World Bank researchers, the amount of rubbish the world produced in 2017 was ten times that produced just ten years earlier.

Luckily, not all is lost. Reducing your waste through concepts like the 5 r’s could help slow down the impacts of climate change - especially if the entire world decided to adopt all or even just a couple of them.

How to achieve zero waste

Going totally zero waste is by no means easy. Some might even argue that it’s impossible in this day and age what with our heavy reliance on packaging, our ever-growing consumer culture and our broken food systems which cause a shocking amount of food waste.

Low waste living is a much more realistic option and, if everyone tried it, it could work wonders to help preserve the planet for future generations. Making simple, manageable changes and pausing before you buy things are great places to begin.

You don’t have to do anything too drastic, either. Even something tiny - such as composting your food waste or using bar soap instead of shower gel - can make a difference.

Taking a step closer to zero waste doesn’t have to be tricky. Here are a few zero waste ideas to help get you started: