The pears are cut in half right down the middle and stuffed with a delicious spiced cinnamon oat based crumble. The pears are brushed with butter/vegan butter and baked until golden brown. Delicious served for breakfast or dessert, along with a dollop of yoghurt, jam, nut butter or ice cream! 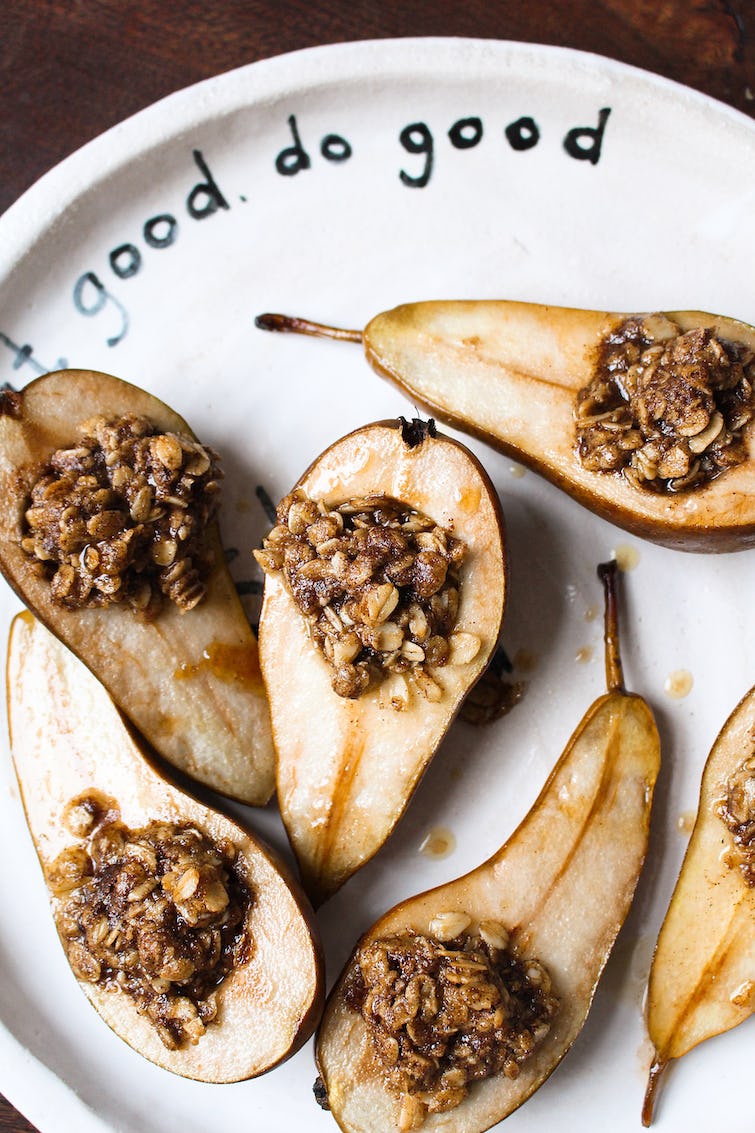 Store in an airtight container, in the fridge for up to 3 days. Enjoy cold, at room temperature or reheated in the hot oven for 5 minutes.

Serve any leftovers with your favourite yoghurt/vegan yoghurt for breakfast, or ice cream/vegan ice cream for dessert. 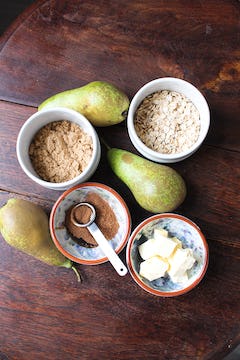 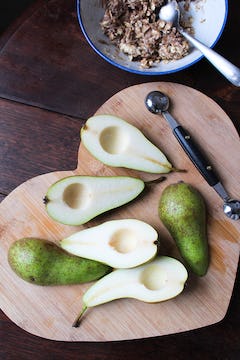 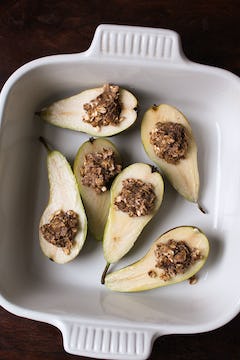 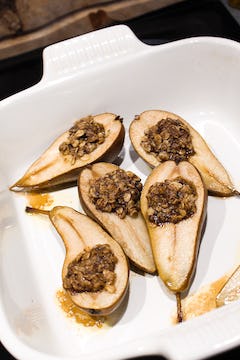 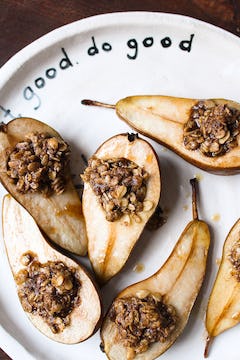