The complicated truth about plastic

As the planet-saving fans among you may already know, this month is Plastic Free July. Which means you might be surprised to see plastic in our boxes this month – or indeed any month. Read on to find out why when it comes to food waste, there’s more to plastic than meets the eye. 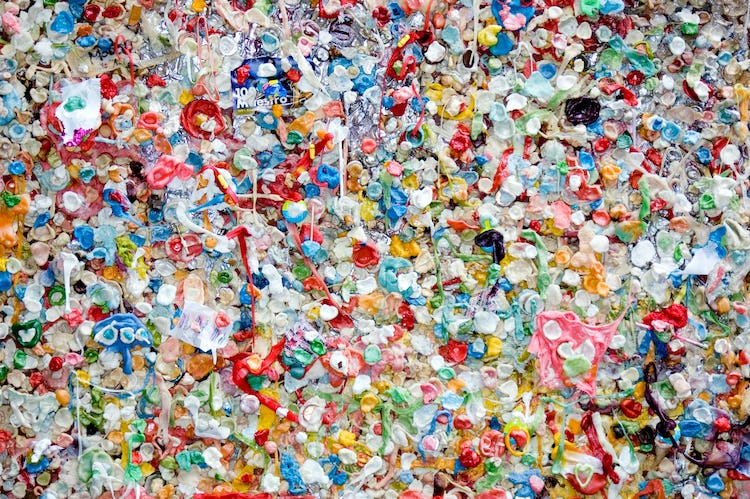 THE BIGGER PICTURE ON PLASTIC

Plastic is bad for the planet, right? Right. There’s been a lot of much-needed media attention on the plastic pollution problem – from turtles and straws to shipping containers of waste sent to the global south.

While we firmly believe that there’s no better potato wrapping than a potato skin – and there’s definitely no excuse for wrapping bananas in cellophane – the role of plastic is more complex than it might seem.

Plastic is taking a huge toll on the planet. Every year, we produce 300 million tons of plastic waste – almost the equivalent to the entire weight of the human population. And that waste isn’t going anywhere: it’s estimated that some types of plastic could take up to 500 years to break down. Plus, much of what we throw away isn’t recycled. It’s clear that we drastically need to reduce plastic waste.

Plastic pollution is a major issue – but when it comes to the climate crisis, not many problems are bigger than food waste. Around one-third of the world’s food is lost or wasted, and if this wasted food was a country, it would have a carbon footprint smaller only than those of the US and China.

More than a century ago, the first plastic food wrap was created when a Swiss textile engineer invented Cellophane. Throughout the 20th century, plastic food packaging became more and more common, as the technology was applied to different products – from yoghurt pots to strawberry punnets. Plastic was hard for manufacturers to say no to, given that plastic bags and packets are durable, moisture-resistant and can keep foods airtight – so products can be more easily transported and stay safer and fresher, longer.

It is these properties that mean plastic can offer an important helping hand in the fight against the bigger – and much less visible – enemy that is food waste. Protecting produce can make it last longer and prevent the kind of damage that consigns even the tastiest of fruit and veg to the rubbish bin.

Which is why when we go to rescue some fruit and veg, we often find that it’s already been wrapped in plastic at source. This can make a huge difference to how well it lasts after leaving the farm. Our rainbow chard, for example, usually comes pre-packaged – but one week we managed to get our hands on it, well, naked. We were excited to offer one of our favourite veg plastic-free – but quickly heard from our community that it hadn’t fared well on its journey to their doorstep.

But every veg is different. Case in point: cucumbers. We tested ridge cucumbers without plastic wrapping and they arrived in perfect shape, thanks to their naturally thick skin. But some months later, we got our hands on a different variety – and sent them out naked. They deteriorated quickly, putting them at risk of going to waste. The next time we rescued this variety of cucumbers, we asked for them to be wrapped.

There are, of course, some fruit and veg – like pre-peeled satsumas – that have been packaged in plastic completely unnecessarily. This offers convenience, but has no benefits when it comes to improving shelf life or reducing waste. What’s more, some fruit and veg (like potatoes and apples) are packaged by retailers to simply ‘sell more,’ which can end up creating waste in people’s kitchens. These areas are where the industry urgently needs to be held accountable.

Plastic also has the added benefit of being lighter than some other materials, which means lighter lorries that use less fuel. And one detailed study has found that when compared to recycled paper bags, plastic bags use less resources and create fewer emissions.

THE FUTURE OF PACKAGING

Of course, reducing the amount of packaging we use at all should be the first port of call – and then to reuse it wherever possible. New – less harmful and more easily reusable and recyclable – materials will also be an important part of the way forward. Loop, for example, have successfully trialled packaging ‘not made for the trash’ for big brand products like Danone and Coca Cola. Every box or packet can be returned to be cleaned, refilled and used again and again. So far they have worked with brands like Danone, Coca Cola and Nivea, and will be launching a partnership with Tesco in Autumn 2021. And food brands have started experimenting with different kinds of paper packaging. Pringles cans, for example, have traditionally been made of foil, paper board, metal and plastic, making them difficult to recycle – but a recent trial with cans made from recycled paper has been successful. Ritter Sport has also rolled out paper chocolate packaging and Coca Cola has even prototyped a recyclable paper drinks bottle.

There have also been some moves towards developing packaging that breaks down. Compostable packaging like Vegware is made from plant-based materials, like paper and card, veg-based ink and palm leaves. Sugarcane-based Bagasse is also on the rise. It can look and feel a bit similar to plastic but it breaks down and is considered a “cost-effective” alternative. It’s waterproof too - in fact, the covers we use to shield our boxes from the rain are made from Bagasse. And an added bonus - Bagasse uses by-products of the sugarcane industry, reducing waste.

These options decompose naturally, offering a great alternative to plastic packaging. But they must be properly disposed of by sending them to industrial composting or recycling facilities, which is not always an option. Some businesses (like the Magic Mushroom Company) are addressing this, growing packaging out of fungi, which can be composted at home, right in your back garden. These innovations are great steps towards using less plastic, but the ultimate goal is to close the loop, reuse materials that already exist, and waste nothing.

There is hope for this – but we still have a long way to go. Heather, our Sustainability Manager, explains: “We want to work more closely with our suppliers and encourage the use of more sustainable packaging materials. It's previously been hard to do this as we've had to take what everyone else uses, but as we grow we hope that we can have more influence on suppliers in considering moving towards more sustainable packaging that protects and prolongs freshness so produce doesn't go to waste and do what we can to keep things in a closed loop.”

WHEN YOU’LL FIND PLASTIC IN YOUR BOX

We’re big on using as little material as possible in our boxes. But we also firmly believe that the less wilted watercress and squashed salad leaves, the better.

So when you open your box, you’ll find that the occasional veg has arrived in plastic packaging. This only happens when what we're rescuing has already been packaged or when the packaging is actively increasing the shelf life of the food – by keeping it safe from bumps and bruises, or fresher for longer. One thing you can be sure of – you'll never find unnecessary packaging in your boxes.

“We are always thinking about what’s best for the planet,” adds Heather. ”That’s why we are here to fight food waste. Plastic might seem like the ‘enemy’, but it does have its benefits for protecting food and prolonging its shelf life. It's important to us that we consider all aspects of our environmental impact – from plastic to food waste and everything in between”.