Spot the difference: Courgettes or Marrows?

Thanks to the recent warm weather, we’ve been able to rescue some pretty huge courgettes. 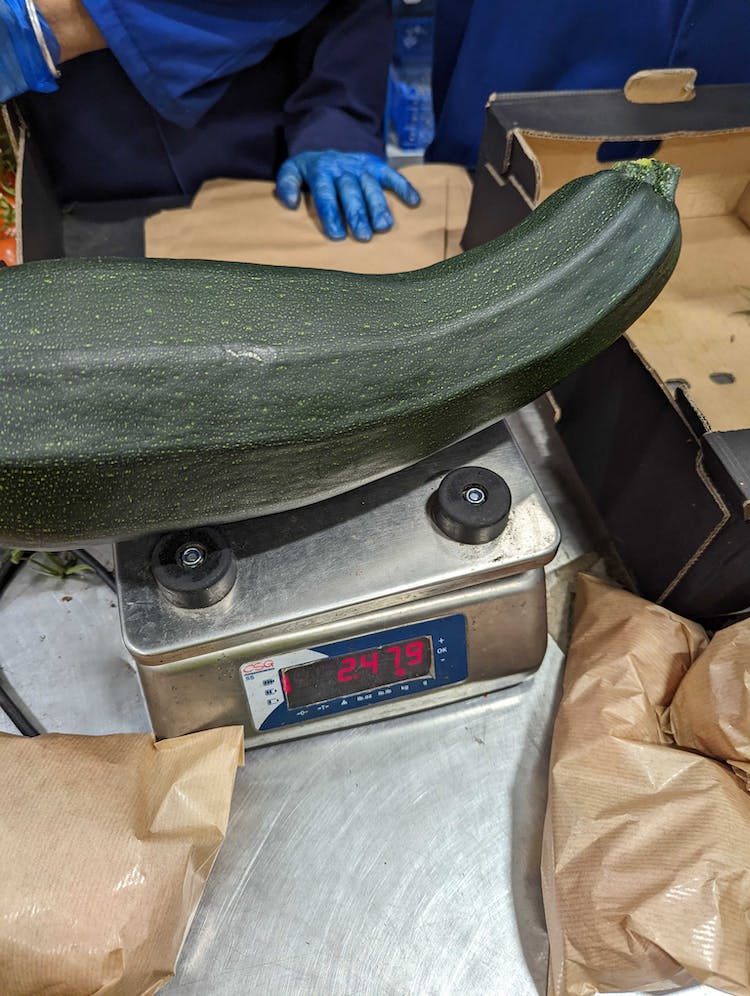 Some were so big that people asked if they were marrows. They weren’t, but this week we did rescue some marrows. And they’ve been pretty mammoth, too. Now, you might be wondering what’s the difference between courgettes and marrows, aren’t they the same thing? Well, we’re here to answer that question.

Marrows and courgettes are both part of the Cucurbita pepo family – along with pumpkins and squashes – but they’re different cultivars of that family. Which essentially means it’s a different variety. So, while some people think that marrows are just overgrown courgettes, they aren’t quite the same thing. They grow in a similar way, and are both sun-loving, thirsty plants. However, courgette plants are usually a bit bushier, with marrow plants often trailing along the ground. Courgettes also tend to crop up around May, whereas marrows are often ready for harvesting in July.

While courgettes can grow very big (as you might have seen yourself), marrows can grow even bigger and there are even competitions for this. In fact, the current Guinness World Record for heaviest marrow is 116.4kg – can you imagine getting that in your box?

Marrows and courgettes often look quite similar, but there are some ways you can tell the difference. Courgettes tend to be fairly evenly coloured – either dark green or yellow. Marrows, on the other hand, tend to have a striped pattern on their skin, which is usually a light and darker green. Of course, things like variety and exposure to sun might also mean the skin colours vary.

You can cook courgettes and marrow in pretty much the same way. While marrows tend to have slightly thicker skin, it’s still perfectly edible and rarely needs to be peeled – you might just want to chop it up smaller to help it soften. Marrows do tend to have seeds, which are perfectly edible. However, depending on what you’re making with your marrow, you may want to scoop these out and compost them before cooking.

Both marrows and courgettes are great at absorbing different flavorus, which makes them a perfect addition to stews, curries and soups. But their light, subtle flavour makes a tasty base for a summer salad, too – we especially like this courgette and feta salad.

Looking for an impressive main dish for your next dinner party? Stuffed courgettes and marrows make a great centrepiece and can be filled with just about anything.

Got monster marrow or huge courgette in your box? Share it with us on socials – along with any tasty recipes you rustle up. @OddboxLDN #OddIsGood