Baffled by our colder summer weather? Our crops are too

Everyone’s itching for summer to fully begin. Longer days, sunshine, alfresco and delicious summer berries. Yet this year, the season is playing hard to get.

If it’s true that wearing jumpers on the 21st of June is a bummer, it's a whole other struggle for growers in the UK. Summer crops are two to three weeks delayed, and the reason for that is everyone’s favourite subject. The weather. 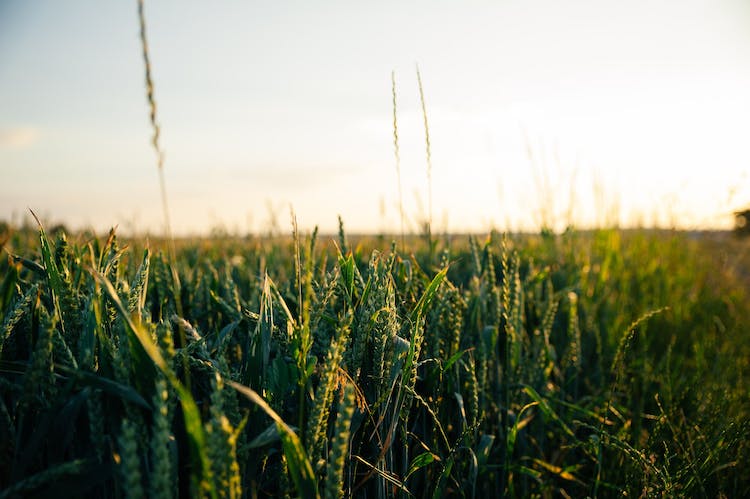 WHAT DOES EATING WITH THE SEASONS REALLY MEAN?

If someone asks what eating seasonally is, what do you say? Asparagus is ready to eat for spring, berries are sweeter in the summer, squash is ripe in autumn, and roots are perfect in wintery soups. Right? Well, sort of. It turns out there’s more that goes into it than that.

Eating seasonally is one of the main ways to cut down the impacts of climate change that come about from our food system. Around 25% of total global greenhouse gas emissions are caused directly by food production. And when that food then moves about 1000 miles to get delivered to us, it’s clear eating seasonally would help.

But in reality, it would be pretty challenging to eat 100% seasonally in the UK. Winter crops leave little variety and the hungry gap every spring creates its own challenges. At Oddbox, we exercise an approach that puts food waste first. Because even if produce has come from far away, it’s better to ship it to the UK than let it go to waste completely.

When we are able to eat from close to home, our ideas about what seasonality really means could do with a little more nuance. You know when you leave the house without a coat, even after checking the forecast, and come back drenched? We can't really guarantee the weather for anyone or anything. So, this means planned crops also don't always pan out as expected.

How does the weather change what’s growing?

The weather really impacts our UK farms. A recent example was this April's spell of cold and wet weather, which also saw more frosty days than at least the last 60 years. Just one impact of this was the asparagus season being delayed by over two weeks. Farmers suddenly found themselves with "too little". They simply couldn't meet the demand of the retailers at the time the 'season' is supposed to start.

But unusual weather patterns like this can also make a huge difference in the size of a crop, which can lead them to being 'too odd' or 'too much'. This happened after April’s cold snap. When the harvest finally came, the unexpected weather had stressed the asparagus spears into curving over rather than being pencil-straight.

Retailers might relax the 'cosmetic specs' in these instances. But they still won't accept all quirks – even if food tastes exactly the same. Which isn’t ideal when seasonal timings are always just rough guidelines.

WHAT'S HAPPENED TO OUR SUMMER CROPS?

Now, moving into summer, our 'traditional' summer crops have been held up by the same weather fluctuations. This includes a UK favourite in warm weather – the strawberry.

With a delayed season like this, we're likely to get extra heaps of some fruits and veg. Have you spotted a leek in your box and wondered what it was doing there? Blame this year’s freaky weather. The saddest part is, this overabundant food is at risk of going to waste. Retailers assume the 'demand' isn't there for them to sell it.

HOW HAS CLIMATE CHANGE AFFECTED THINGS?

As the effects of climate change intensify, we'll probably see a lot more extreme weather like this in the coming years. This will make the weather more and more difficult to predict.

And not being able to allow for changing growing conditions will lower the success rates of crops. One study in 2018 predicted that if greenhouse gas emissions carry on increasing the way they're going right now, yields of vegetables and legumes could fall by 35% by 2100.

WHAT DOES THIS MEAN TO YOU?

At Oddbox, we're grower-led – together we rescue what's available to eat from farmers. So, with the colder weather this year, we still get to enjoy 'traditional' winter crops like leeks in our boxes for longer than we'd usually expect.

However, despite delays to the warmer weather crops, you'll start to see your boxes changing in the coming weeks. We've spoken to our Sourcing team and we can tell you we have some pretty exciting stuff coming in.

At the end of this month, think summery spring onions, peas, beans and strawberries. Then, during July, you should receive courgettes, as well as soft fruit like blueberries and cherries. By the end of July, we're expecting to send you fresh sweetcorn and stone fruit like plums. You may have already seen sweetcorn in your recent boxes.

Seasonal eating is about what’s growing at different times of the year. But remember the weather will always have a lot to say about that too. This year, the frost decided to hang on for longer. As Martyn, our Sourcing Manager says, nature always finds a way to balance itself out. If Martyn’s right, we should be bracing for a sweltering summer. Don't forget to grab your sunscreen!