The hungry gap: what it is and why the rescue mission is still on

Nope, not the mealtime no-man’s-land between lunch and dinner. The hungry gap happens every year in late spring, when UK farms can’t grow their usual abundance of crops. It’s too warm for hardy winter crops like caulis and kales, and spring crops like asparagus and new potatoes haven’t yet got going. It’s a natural lull in the farming calendar – but it creates a gap that has to be bridged. 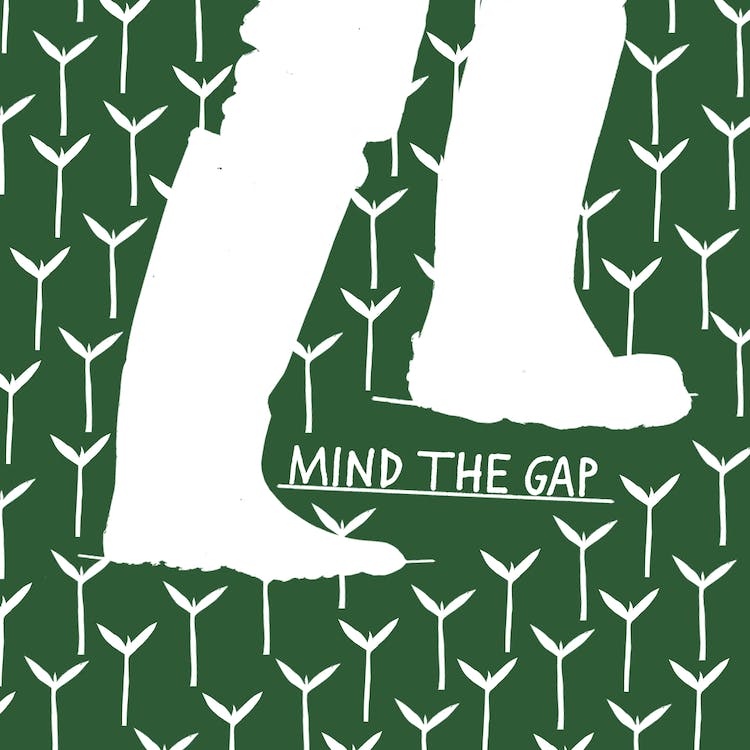 THE CHALLENGE FOR FARMERS

Who knew the first warm and sunny spells of the year could be anything but great news? Well, the UK’s farmers. They work hard to minimise the hungry gap, growing crops that help to bridge it (like broad beans and purple sprouting broccoli) and adapting to each year’s weather – for example, taking advantage of a false spring to sow summer crops early. To make things even more tricky, quantities of each variety are usually smaller when a season is just ending or beginning – and supermarkets typically ask for big orders of any given fruit or veg.

FOOD FLOWN IN FROM AFAR

Once upon a time, the hungry gap meant emptier dinner plates (and a reliance on all things pickled and preserved). These days, we don’t notice much of a change, thanks to the imported fruit and veg that fills supermarket shelves instead. Imports are a big deal in Britain, making up over three-quarters of the fruit and veg we eat over the year. They are really important for keeping us fed – but relying entirely on cherries from Chile and mangetout from Peru can clock up a lot of air miles, which means more carbon emissions. In April, we turn to our friends in mainland Europe (and sometimes beyond) where the warmer temperatures start earlier, to rescue summer season veg that has already started growing. And wherever it makes its journey to us from, our strict no air miles policy means it only travels by land or sea.

No such silver lining. Even during the hungry gap, there are still plenty of ways that good food goes to waste.

Supermarkets are no less fussy about the size and shape of produce, so the “too-big”, “too-small”, “too-long” and “too-curvy” are still rejected – including an estimated 13% of the UK’s potatoes and 20% of its onions. And there is pressure on farmers to overproduce food, so they can guarantee the fixed minimum amounts that supermarkets ask for even when the weather and seasons are unpredictable. This can mean that even during the hungry gap, there are too many apples, pears, onions and potatoes that have been stored over the winter.

BRIDGING THE GAP: OUR RESCUE MISSION

At Oddbox, we believe no carrot should go un-crunched. So when it comes to saving fruit and veg from the scrapheap, the hungry gap is a time to ramp up our efforts. Farmers’ surplus – whether of potatoes or parsnips, broccoli or beans – is exactly what we exist to save. We also buy up the quantities that are too small for supermarkets, that are typical of this ‘between seasons’ time of year. Our boxes only ever include what’s already available, instead of creating demand. We help farmers sell what they can’t sell elsewhere – as well as the “too-wonky” or “too-large”, “too-dimpled” or “too-dinky”, which is just as tasty as its regular-shaped friends. Expect plenty of UK-grown asparagus, potatoes, onions, brassicas and cabbages, as well as the odd Dutch cucumbers or Portuguese squash that are surplus or not-exactly-regular size.

By choosing Oddbox, you are making sure this food has a home – which gives farmers a helping hand, and reduces the impact of food waste on the planet. All while making the hungry gap a little less, well, hungry.