We’ve been rescuing our fair amount of green peppers - for their ‘wrong’ size, shape and colour. This slightly bitter vegetable is essentially a red pepper that hasn’t ripened, which accounts for its somewhat more acidic flavour. Just like the riper, sweeter red pepper, this humble green veg can also take its place at the table; it’s just about knowing how to make the most of it.

The key to enjoying this rather bitter veg is to use its bitterness to your advantage. With their sharper flavour, they’re able to stand up to longer, slower cooking. Paired with sweet red peppers or other sweeter veg they provide contrast and complexity, and they can also help cut through rich dishes. Here are some of our favourite ways to enjoy them. 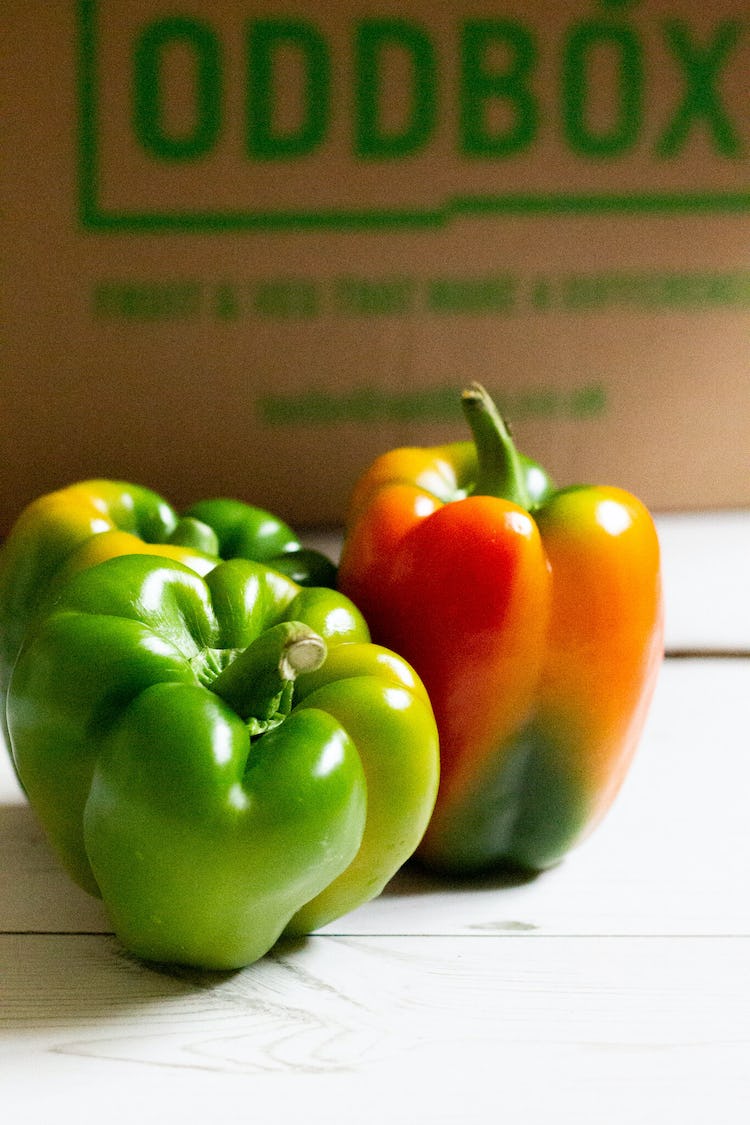 STIR-FRY PEPPERS WITH CHILLI AND SOY

Have you heard of bitter gourd, also known as bitter melon? In some countries across Asia, including China, Vietnam and the Philippines, this bitter veg is used widely. Use the same principles and swap in green pepper, countering its bitterness with sweet and spicy flavours. Try this recipe swapping in sliced green pepper and frying with garlic and chilli, and flavouring with a dash of balsamic vinegar, soy sauce and a little sugar.

Green peppers are a common feature in traditional Basque cooking. In particular, in Piperrade, a dish combining softened fried onions, ripe tomatoes and mild Espelette chilli. Pan-fry the lot, cooking until the green peppers are softened but still have a bit of bite. Delia has a recipe to which scrambled eggs and garlic are added.

Green peppers are a common feature in traditional Basque cooking. In particular, in Piperrade, a dish combining softened fried onions, ripe tomatoes and mild Espelette chilli. Pan-fry the lot, cooking until the green peppers are softened but still have a bit of bite. Delia has a recipe to which scrambled eggs and garlic are added.

For a colourful easy-to-make lunch on-the-go, bake a frittata. Soften a mix of vegetables, such as chopped green and red peppers, along with sliced leeks, spring onions or onion. Throw in some frozen peas or sweetcorn if you like, then transfer to a roasting tin. Beat ten eggs with a dash of milk and a grating of your favourite cheese, pour over the top and season well. Bake in the oven at 180ºC for around 45 minutes or until cooked through and golden on top. Slice it up and eat alongside a green salad. It’s great for packed lunches too.

Slice a red onion, a red or yellow pepper and a green pepper into 1cm-thick rounds, and combine with a good drizzle of oil, a sprinkling of chilli flakes, one teaspoon of paprika and a pinch of cayenne and salt. Roast in the oven at 200ºC until tender. Meanwhile, crush two fat garlic cloves into a pan with a splash of oil for 30 seconds or so, then tip in a tin of black beans with a splash of water and pinch of salt and warm through. Bring the lot to the table with tortilla wraps, guacamole, and sour cream, and let everyone build their own.

THE HOLY TRINITY: A TAKE ON CAJUN ‘DIRTY’ RICE

Many Cajun dishes are started by the simple frying of three ingredients: green pepper, onion and celery. Known as The Holy Trinity, this variation on the French ‘mirepoix’ gives flavour, depth and savouriness to Cajun dishes. Green peppers’ bitterness is ideal here for cutting through the richness of typically Cajun dishes, like ‘dirty’ rice and jambalaya. For a meat-free alternative, dice equal amounts of green pepper, onion and celery and try this plant-based dirty rice.

Make an Italian vegetable stew with a mix of peppers and tomatoes. Fry diced onion, garlic and the peppers in some oil until softened. Add a couple of chopped potatoes, then pour in a tin of tomatoes and 400ml of vegetable stock. Season with chilli flakes, salt and pepper, then bring to the boil. Simmer until thickened and delicious. Garnish with chopped parsley or basil leaves. Eat with plenty of crusty bread.

The easiest 7-ingredient stuffed pepper recipe. This a fuss-free take on a classic that never - ever - goes wrong. See it as the reliable one when you want to impress but not stress! Here it is.