You, Me and The IPCC

Food security and inflation continue to dominate headlines. The IPCC finalised the third part of their report on mitigating climate change, and Big Tech marked Earth Day in a big way. April may be the cruellest month, but hope springs eternal. 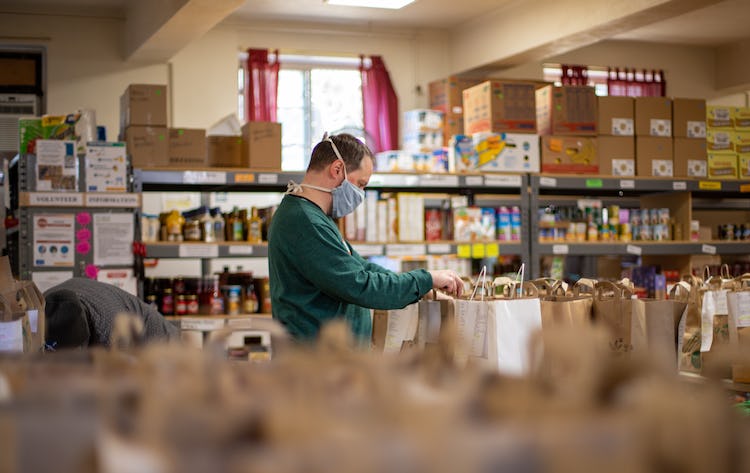 The world continues to grapple with the converging crises of conflict, cost of living and climate. The butterfly effect of war in Ukraine threatens our globalised food system.

The stats are sobering. The World Bank estimates a 37% spike in food prices across the globe. And that will have consequences both humanitarian and geopolitical.

“There is enough food out there,” wrote the editorial board at The Financial Times, who is calling on wealthy nations to shore up supplies for poorer countries. “It is

just in the wrong places.”

It’s hitting close to home, too. British shoppers are facing a grocery price hike – the biggest increase in a decade. Nearly 1 in 10 UK parents are very likely to need food banks to feed their families this summer.

How we got here is a lot bigger than what can fit on this page. But the current focus on food security shines a light on the critical question: how to (re)build a more resilient food system today that is future-proofed for tomorrow? Articles abound, like The Guardian’s interactive piece on the looming food diversity crisis – a crash course in why incest is never a good idea. Or farmer Pieter Greig’s essay on why farming innovation is imperative. “If we have any chance of avoiding shortages in the coming years,” he wrote, “reducing our reliance on fossil fuels in the food supply chain is absolutely critical.”

There is no time to lose, said the authors of the latest report from the UN’s Intergovernmental Panel on Climate Change. To achieve net zero in thirty years calls for drastic measures indeed.

The third and final section of their latest review, which represents years of research, lays out the rapid changes required to lessen the severity of the climate crisis. If you’re interested in a little less conversation, a little more direct action, this is the report for you.

One major mitigating factor cited: food. The reduction of food waste and a shift towards more plant-based diets, that is. ​​“The greatest potential… comes from changes in food demand,” states the IPCC. Why? If we’re talking in numbers, food systems are responsible for 42% of global emissions and 28% of households’ carbon footprints.

What’s critical is winning more hearts and minds. “Key enablers for these shifts could include creating ‘novel narratives’ in the media... to help break away from… the status quo,’” notes an analysis of the IPCC’s report by Carbon Brief.

The continuing coverage – from Netflix to morning shows – is critical. But there ain’t many novel narratives to be found. Don’t Look Up? How about: Just Stop Oil. Life imitated art, when astronomer Kate Dibiasky climate activist Miranda Whelehan faced an inane line of questioning on Good Morning Britain. The extinction level event being glossed over (in real life) was the climate crisis, rather than a planet-killing comet, though.

The power of the media, indeed. Some good news? British broadsheets – which mostly eye rolled about climate issues over the past decade – are changing their tune.

How did Big Tech mark Earth Day? Google released data showing queries for everything from “used clothing store” to “electric vehicle charging stations” have surged over the past year. “These trends show how enthusiastic the UK is about making sustainable choices,” said Matt Brittin, Google president for EMEA. Twitter banned ads that spread misinformation about the climate crisis, but it remains to be seen how Musk’s new mouthpiece will address criticism by activist groups about the platform’s “gross lack of transparency”.

With personal plus political will, there is a way. New analysis shows if all nations stick to their COP26 pledges, we can still hit that critical less-than-2C target. Emphasis on the all.

And so, we leave you with the wise words of Sir David Attenborough, aka Champion of the Earth. Recent recipient of the UN’s Environment Programme award, and possible lead in the next Marvel franchise.

“We know what the problems are,” he told the BBC.  “And we know how to solve them”.