All about the UK harvest season

The UK harvest season begins this week. But what is it and what's the history of this event? 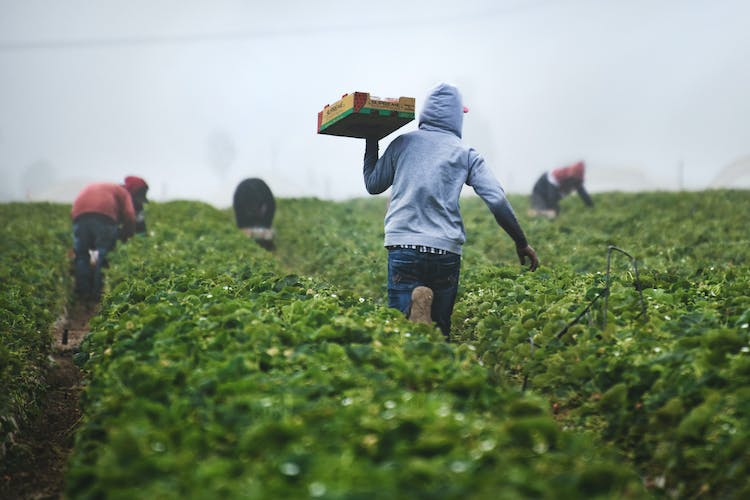 What is the UK harvest season?

You could argue that harvest season is the most important time in the British rural calendar. That’s because summer crops finish being harvested at the start of autumn.

The UK harvest season falls towards the end of September or the beginning of October. And while it's fixed nowadays, the date of the harvest festival would traditionally change depending on when the harvest had all been brought in.

The word 'harvest' is from the Old English 'hærfest', meaning autumn. Before the 1850s, back when small communities fed themselves, a successful harvest meant everyone would be fed and looked after. A poor harvest and an especially cold winter, on the other hand, promised months of hardship and even starvation.

It’s not hard, therefore, to see why the British harvest has been considered a cause of celebration for centuries. It was once a great festival, with folk music, dancing and parades taking place throughout every village.

As well as events to give thanks for the harvest, traditions included making corn dolls out of the last sheath harvested, and offering thanks for the fishing seasons, too.

It's British Food Fortnight, too

Although many of us have lost this direct connection with the food we eat within the last century, harvest season is still essential to life in the British Isles. Many counties in the UK still celebrate with a traditional harvest festival every year. And did you ever sing "All Things Bright and Beautiful" at school? That's a harvest festival song.

It's also no coincidence British Food Fortnight is celebrating its 20th anniversary right now, up until the 3rd of October. Its organisers, Love British Food, set apart these two weeks every year to run alongside the harvest season.

British Food Fortnight is a celebration of UK food and aims to boost our domestic consumption of what's grown here. In turn, this creates confidence in the UK market so farmers and producers can keep on growing the quality, seasonal produce we rely on and love.

You may not be surprised to hear that September has remained the most abundant month for harvest. But the amount, size and timing of the produce ready for harvest all vary depending on the weather conditions we've had during the summer.

This year, the warm weather had a slow start - remember that frosty spell we had back in May? Into June, it would get warm, then turn rainy, and generally confuse our crops. Some crops have been ready 'early', like cauliflowers. Others, like plums, have taken much longer than usual to ripen.

What will you see in your boxes?

As we're grower-led, we rescue fruit and veg when it becomes ready. This means we can't guarantee exactly what will appear in your boxes in the coming months.

Besides some nice surprises, we can say you'll be able to enjoy traditional autumn harvest crops like potatoes, peppers, apples and cucumbers in your boxes this week. But you'll also see aubergines, which are a little 'late' this year, and brussels sprouts, which have come in earlier than expected.

If you'd like to see more of what we're rescuing, here are the Oddbox contents for 22nd to 28th September. And for more information on the changeability of our growing seasons, check out our recent piece, It's autumn, Oddbox style.