November is World Vegan Month. If you've been curious about veganism, now is the perfect time to try it out for the month or even just a few days. And when you have the facts, you can feel empowered to make your own informed decisions. Here are some of the environmental benefits of going vegan. 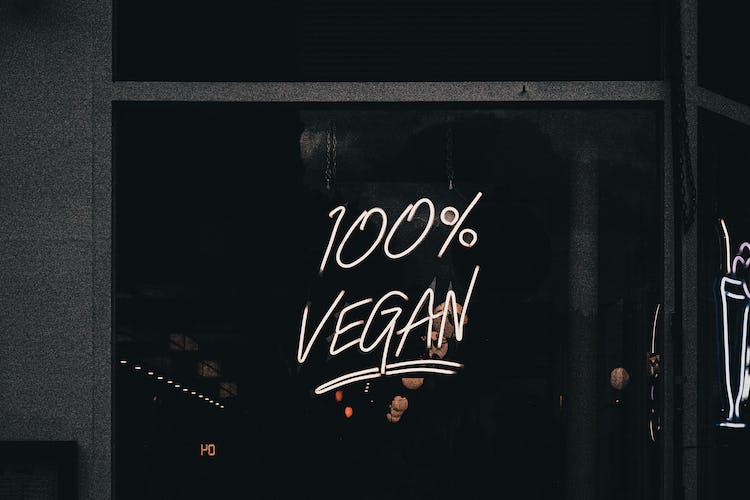 99% of the water on earth can't be used by humans and many other living things. Yet one-quarter of freshwater used globally is linked to meat and dairy production. Not only do livestock drink a lot of water, but they're also one of the biggest polluters of freshwater. Cutting out 1 kg of English-bred beef from your diet would save 18,000 litres of water. Growing 1 kg of wheat for bread, for example, only asks for around one-tenth that amount of water. In most instances, plants require a lot less water to produce than animal products.

Livestock and feedstock are the single biggest cause of habitat loss in tropical countries. Animal agriculture is responsible for 91% of the destruction of the Amazon rainforest - home to at least 40,000 plant species and over 2,100 species of birds, mammals and reptiles. And while most pasturelands aren't suitable for growing plant crops, they can usually still be rewilded. The process that starts with removing farm animals helps these areas recover to become rich ecosystems that support future life on the planet.

Sustainable agriculture nurtures different plants, trees and animals to grow, coexist and help each other thrive - just as nature intended. But that's difficult to achieve on a large scale when animal agriculture takes up so much space. 77% of global agricultural land is used to raise livestock, while it makes up only 18% of our calories. Cutting down on animal consumption allows us to return areas of agricultural land to a more natural and ideal state - whether by growing crops or rewilding.

A recent study found agriculture produces 35% of all global greenhouse gas emissions (GHGs). Animal agriculture is responsible for 57% of this contribution. Animals like cows and sheep produce methane when their digestive systems break down food. And most manure in animal farms is handled inefficiently, which produces both methane and nitrous oxide, a GHG 300 times more potent than CO2. A 2016 study found that a transition to a vegan diet could reduce GHGs by anywhere between 29 and 70%.

There are now half of the fish in the ocean as there were in 1970. And although seafood isn't the only culprit, 29% of the world's fish stocks are overfished, while 61% are fully fished. Why go vegan? When eating a vegan diet, you leave marine life alone - allowing sea animals to repopulate the oceans again and balance our planet's biodiversity.

The WWF says only 6% of soya grown is eaten directly by humans. Most of the rest goes towards feeding livestock. When you eat only plants, you cut out the middleman (the animal) and allow arable land to be used to feed more people instead. Although meat is denser in calories than plants, it is still an inefficient use of resources. A 2013 study estimated around 36% of the calories produced by crops are used for animal feed - but only 12% end up contributing to our diets. By contrast, just growing food for direct human consumption could feed an additional 4 billion people - and with an increase of 70% in available food calories.