Food loss: Why does food waste happen at farms?

The nuances of consumer food waste have been studied plenty. But little research had been conducted on the quantity or causes of food waste at farms. From the last few years, we now have a wealth of evidence. This allows us to better see which problems can cause food waste at farm level. 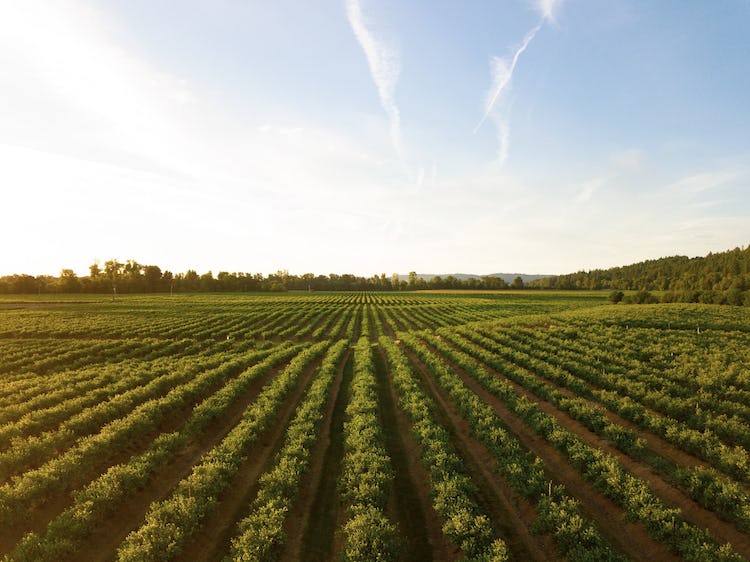 Why does food waste happen at farms?

HOW MUCH FOOD IS WASTED ON FARMS IN THE UK?

Estimates predict that 3.6 million tonnes, or 7.2% of all food harvested, is wasted before it leaves UK farms every year. If this wasted food had been sold at market value, it would have fetched £1.2 billion (WRAP, 2019).

WHAT IS FOOD LOSS?

Food loss is the waste of food within the supply chain, from harvest up until the retail level, according to the Food and Agriculture Organisation (FAO) of the United Nations. It's any food that is wasted by decisions and actions by suppliers within the chain, for some the reasons we'll be discussing here.

Supermarkets unfairly prioritise availability and consistency over anything else when dealing with UK farmers. They transfer the responsibility for surplus produce onto our farmers, who are left with little or no options to redistribute the food. We'll look into specific ways the actions of supermarkets have created and normalised food loss on UK farms.

Supermarket contracts can be inflexible, not considering that exact amounts of produce are outside of the farmer's control. Unpredictable ripening patterns and environmental factors, like weather, pests and diseases, can all affect the final crop.

At the same time, supermarkets regularly cancel orders unexpectedly, amend demand forecasts at the last-minute and change pre-agreed supply quantities. They’re often in pursuit of the cheapest offer and respond impulsively to fluctuating consumer demand, rather than honouring the orders they've already placed with farmers. 21% of farmers experienced at least one termination or significant reduction of order volume, without being given reasonable notice, in 2020 (YouGov, 2020).

Supermarkets have stringent cosmetic standards, meaning crops must be a specific shape, size or colour or they can be rejected before they've left the farm gate. But a royal gala apple that isn't 'red enough' still has the same nutrition and taste, and should hold the same value.

Impossible cosmetic standards were the biggest reason farmers identified for food waste in the 2018 Feedback report 'Farmers Talk Food Waste'. On average, 7.4% of suppliers' crops were not sold to their promised buyers due to cosmetic standards, with some farmers losing up to 40% of their crop.

The Feedback report also highlighted cases where farmers suspected supermarkets rejected produce based on cosmetic reasons, even though the real problem was falling customer demand. Farmers reasoned this when they witnessed whole consignments being rejected time and time again, when produce might look the same as what was accepted on the two days before.

Why do these high cosmetic expectations exist?

The evidence is limited and contradictory on whether cosmetic expectations come mostly from retailer or consumer. A study between five Northern European countries (Hooge et al, 2017) showed that consumer preferences for imperfect products differed depending on:

Farmers face pressure to meet supermarkets’ orders in full or risk losing contracts. Competition is fierce. If a farmer loses buyers, they can't sell any of their produce and risk sabotaging their livelihood. This puts them at the mercy of fickle supermarkets' buying power and practices. In 2017, 47% of suppliers said fear would prevent them from raising an issue with their buyer (Groceries Code Adjudicator, 2017).

So that they know they’ll have enough ‘acceptable’ food for orders, farmers must produce too much crop. This is a normalised part of the system and another main factor towards food waste at farms.

Once the buyer has taken what they want from a harvest, farmers often find it difficult to sell the surplus to third-party sellers before it withers. Overproducing crops also leads to greater price volatility. When the price of a crop crashes, it's no longer cost-efficient to harvest, so farmers have to plough it back into the field or feed what they can to livestock.

Seasonal and weather conditions sometimes lead farmers to produce more of a crop than they expected. This overabundant crop can be difficult to find a buyer for at short notice, and supermarkets are often reluctant to pick up the excess as they’re afraid it won't sell. Supermarkets are not yet showing consistent effort to market seasonal produce and to educate consumers about the food cycle.

WHY DO SUPERMARKETS HOLD SO MUCH POWER?

The biggest nine supermarkets now hold 94.6% of the market share of grocery stores in the UK (Statista, 2021). As a result, farmers have far fewer wholesale markets and grocers to sell to. These outlets were traditionally more willing to stock seasonal, diverse, lower grade or surplus produce.

If supermarkets adopted whole crop purchasing, regardless of cosmetic standards, they could use the produce they can't sell in other parts of their supply chain, for instance, to make processed foods. These deals would dramatically reduce overproduction because farmers wouldn't be forced to grow extra crop to mitigate risk. And they wouldn't lose orders or bear the costs of food waste they couldn't avoid.

HOW YOUR WEEKLY RESCUE MISSION HELPS

By rescuing fruit and veg from farms, we find a home for the odd, wonky, and tasty produce that supermarkets won't accept, paying a fair price for all the farmers & growers we work with at home, and abroad. Not just that, but in doing so, we are able to save the tonnes and tonnes of greenhouse gases and water that were required to grow each pear or potato you see in your boxes each week.