What happens to food waste after it’s thrown away?

Whether you compost through your local council or you toss your scraps straight in the bin, you might sometimes find yourself wondering: where on Earth does all that food waste go? 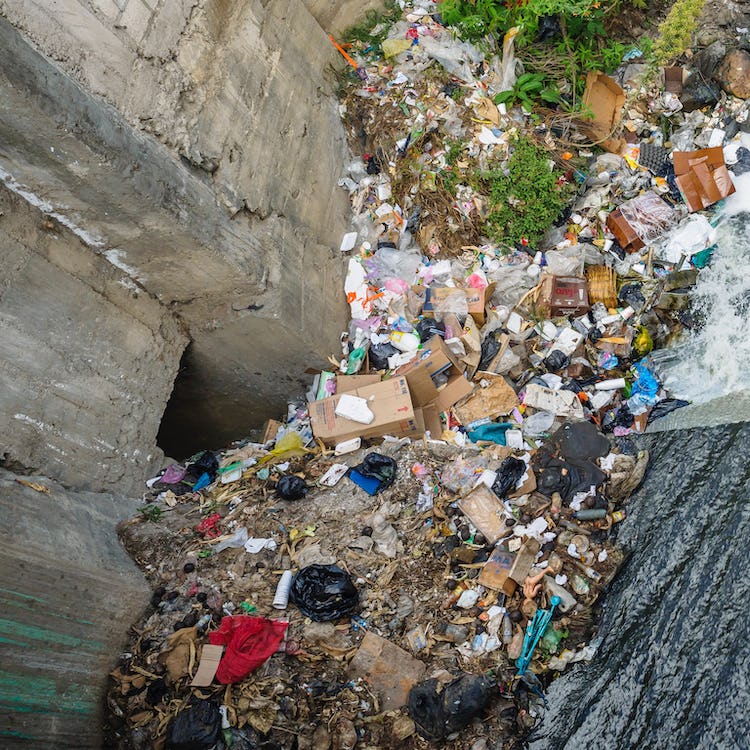 According to statistics collected by the ONS, the average person in the UK in 2018 created a whopping 143 kilograms of food waste. While that was thankfully a 15% decrease from studies done a decade earlier, it vividly highlights that there’s still a long way to go.

Being aware of your food waste impact is brilliant - but being clued up on where it ends up is equally, if not more, important. From anaerobic digestion to incineration, here we take a closer look at what typically happens to food waste after it’s thrown away.

If you put your inedible or gone off food straight in the bin, you can pretty much guarantee it’ll end up in the same place as the rest of your household rubbish. Yep, we’re talking about landfills.

In 2019, it was estimated that around 40% of food waste in the UK ended up in landfills.

And while it does eventually rot down and return to the earth, it also produces a massive amount of methane - one of the worst greenhouse gases. In fact, once it’s in the atmosphere, methane is thought to give off 80 times more heat than carbon dioxide.

So, what’s being done to tackle this problem? Let’s move on to food waste and incineration…

“Burning waste? How would that be beneficial” we hear you say. This method of getting rid of food waste is indeed flawed, but it’s common practice in many places, including some UK councils.

Why? Because burning waste that is unable to be recycled can in turn create much-needed energy. It might sound like a good idea on the surface. However, because most food waste is made up of about 70% water, quite a lot of energy is needed to burn it. This makes it - unsurprisingly - fairly inefficient.

Depending on exactly what you’re incinerating, it can also produce all kinds of harmful gases and toxins. And while they might not quite stack up to the mass of methane released into the air by landfills, it’s still not brilliant news for the environment.

What about anaerobic digestion?

Finally, this brings us to anaerobic digestion. Totally baffled by this term? At its crux, it’s a completely natural process where bacteria is used to break down organic materials without any oxygen being present. The methane produced is safely contained and turned into useful biogas - a recognised renewable energy source.

In some countries, such as the United States, anaerobic digestion has been used for years at wastewater treatment plants. And if it can be used for already digested food, why not to recycle food waste too? When it comes to food, anaerobic digestion can additionally produce something called bio-fertilizer - a substance packed with nutrients that can be used to boost the growth of new crops.

Reckon anaerobic digestion sounds pretty similar to composting? You’re not wrong. They’re actually identical apart from the fact there is oxygen present during composting (which, vitally, prevents methane from being produced).

All in all, anaerobic digestion can be a good way to dispose of food waste AND create biogas if done safely and correctly. The only reason it’s not more widely practised is because it’s labour intensive, expensive to set up and not as efficient as composting.

How should I dispose of food waste?

Now you know exactly where food waste ends up, you might want to switch up your daily habits. Tend to toss most of your skins, stems and scraps in the bin? Instead of letting them linger in landfills or be burnt in incinerators, consider composting your food waste instead.