This month we’re thrilled to bring you a rescue story, fresh from the farm - the story of the apples you’re rescuing from Manning Farm in Cambridgeshire. These very seasonal fruits were scarred after a severe hailstorm in June and our good friend and grower, John Portass, feared he’d be unable to sell almost half of his crop. Instead, he got in touch with us at Oddbox HQ. The story unfolds… 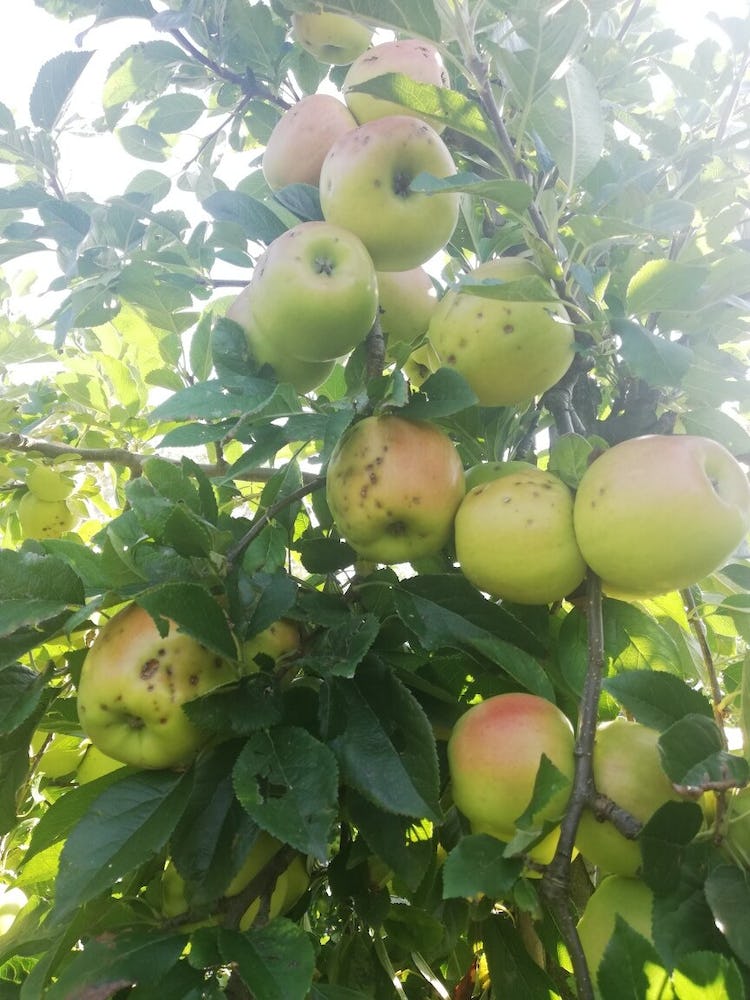 WHY HAILSTORMS IN JUNE AFFECT YOUR APPLES TODAY

On 6 June this year, a surprise hail storm hit Manning Farm’s apple orchard. It was the worst hailstorm the farm had seen in 30 years, hitting nearly half of the young apples, which were then several months from maturing. In early June, they were only marble-sized but as they grew, they developed blemishes on their skin.

The marks turned out to be superficial and the apples just as delicious as their counterparts, but John was left with a dilemma. 500 tonnes – around 833 pallets – of fresh apples had little spots all over their skins. Without ‘perfect’ skin, he knew he’d have a hard time selling them to supermarkets.

“Around 40% of the crop has been affected by hail and without ODDBOX these apples would either be sold for juicing at a big loss to us or most likely left in the orchard to rot”, says John.

Faced with this problem, John got in touch with us. Thanks to you, we’re able to help; and growers like Manning Farm are able to work with more security, and reduce tonnes of avoidable food waste in the process.

Supermarkets reject growers’ fruits & vegetables based on their look and size, rather than their flavour or nutrition because they believe people will only buy a standardised ‘perfect’-looking product.

This puts growers in a vulnerable position. John, for example, known for being ahead of the curve in the farming world, might be able to find clever ways to maximise yields whilst retaining ‘optimal’ fruit sizes or be able to minimise pesticide usage with intelligent, integrated pest management growing methods, but there's one thing John, or any other grower for that matter, can't do, and that's to predict the weather.

This becomes even more problematic when freak storms affect their crops on a larger scale. Manning Farm would normally expect around 90% of its fruits to sell well on a reasonably good year. The hail storm left the farm with 40% ‘out of spec’ apples. With predictions of a changing and evermore volatile climate, unforeseen storms will only become more common in the future.

YOUR IMPACT TO DATE…

We spoke to John not too long ago and got the full picture of just how much difference you’ve made. A total of 423,432 kg of hail-speckled beauties saved. That’s 27 filled lorries - and a whole lot of apple pies. Good for John. And good for the planet. 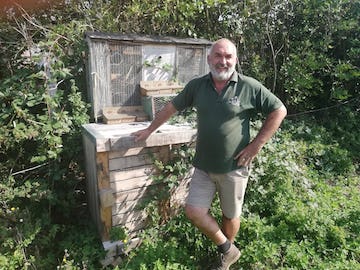 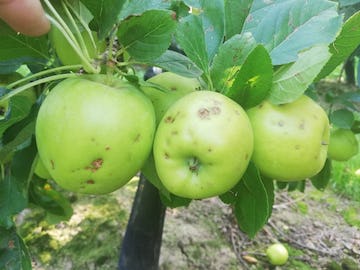 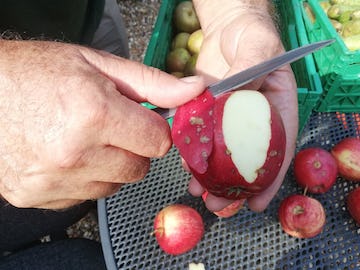