Pancake Day: Recipes from around the world to use up your leftover fruit & veg

Pancakes seem to have emerged in every corner of the globe. Every country has its own way of making pancakes, and this is how we tend to differentiate between styles.

As well as being delicious, making different types of pancakes is a fantastic opportunity to use up leftovers and ingredients you're struggling to find a purpose for. With Shrove Tuesday coming up on 16th February, we bring to you our favourite low-waste pancake recipes. 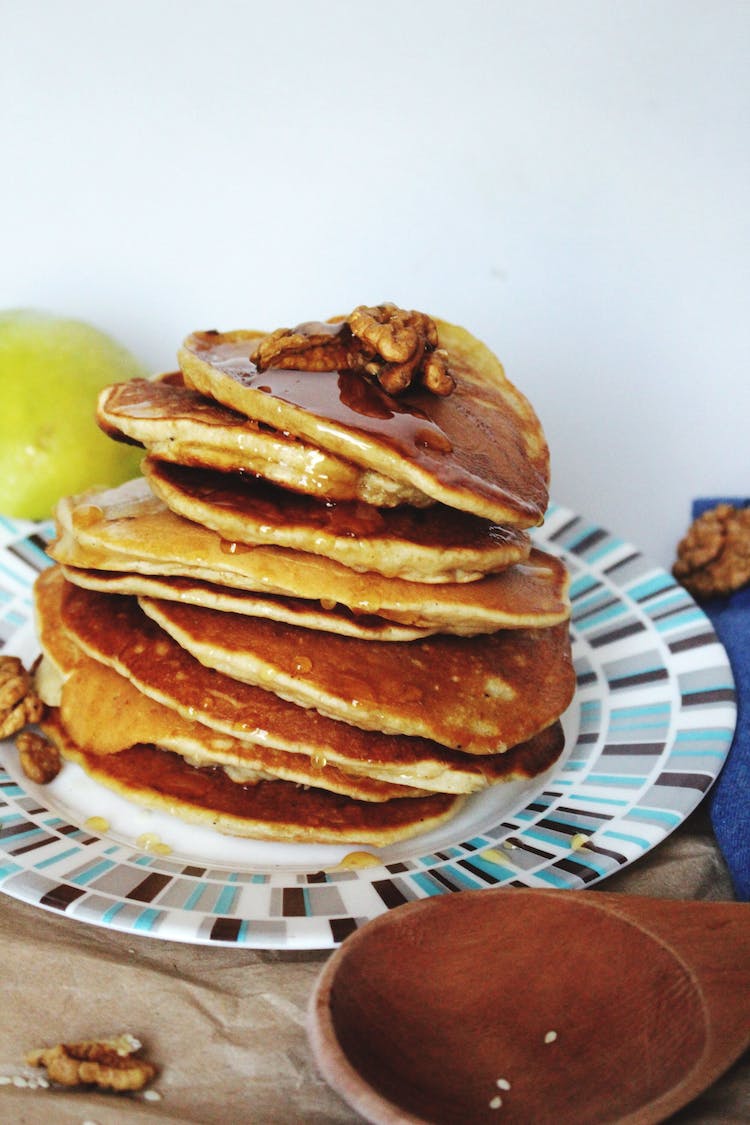 Traditionally a great way to get kids to eat vegetables, straight-up cooking them into pancakes is also an innovative way to create something different from leftovers. Korean pajeon are crisp at the edges and soft in the centre. And you can incorporate vegetables such as courgettes, carrots and peppers into the batter. Realistically though, feel free to use up any leftover vegetables you have in your pajeon, and it should still taste amazing.

You'll need kimchi for the mixture, which can be made easily and will make your cabbage last longer. Pajeon are best served with a ginger and soy sauce dipping sauce.

Make pajeon to use up: white rice flour, cabbage, literally any leftover vegetables. Here's a versatile recipe for pajeon.

Boxty are somewhere between a pancake and a hash brown, and they're a Northern Irish staple. They're made using both cooked and raw grated potato, fried in a skillet until golden. Boxty are therefore an ingenious way to use up leftover cooked potatoes from last night's dinner.

A well-made boxty should have a smooth and fine-grained consistency. They're often served on their own or with sour cream, but work well as a main or a side dish. Boxty won't look out of place substituting ordinary potatoes in almost any meal.

Make boxty to use up: potatoes. Here's a comforting recipe for boxty.

Savoury Swedish Raggmunk are another tasty way to use up potatoes in a pancake. And many Eastern European and Middle Eastern cultures also make potato pancakes, like Poland's Polska piątek or Israel's latkes.

Aquafaba is known in the vegan community as a fantastic egg substitute when making meringue. But the water from your chickpea cans whips into a frothy texture - so it has plenty of uses in cooking and baking too!

A warm stack of pancakes is a breakfast favourite in the US, and they're thicker and fluffier than our crepe-like British pancakes. Although commonly topped with maple syrup or berries, you can also mix any slightly older fruit into your pancake batter for extra sweetness before frying.

Russian blini are thick and golden, often made with buckwheat for a nutty and hearty flavour. Pancakes are prolific in Russia and they have a whole week dedicated to them (Maslenitsa), just before the Eastern Orthodox Great Lent each year.

If you have a packet of buckwheat you need to get through, making the buckwheat flour for these pancakes is honestly effortless. You can also experiment with endless savoury or sweet ingredients on your blini, so why not top with sautéed mushrooms, hard-boiled eggs or berries?

Make blini to use up: Buckwheat. Take a look at this straightforward recipe for blini.

Light and spongy Dutch Poffertjes are another pancake that uses buckwheat as a key ingredient.

Dadar gulung are Indonesian rolled pancakes filled with sweet desiccated coconut and infused with coconut milk. They have a distinctive green colour as they're traditionally made with the pandan leaf and extract, but you can substitute the pandan flavour with a teaspoon of vanilla extract.

Although these pancakes have plenty of flavour on their own, you can serve them with strawberries or cream. Or why not top them with any fruit you have that you feel goes well with strong coconut flavours?

Make dadar gulung to use up: Desiccated coconut, coconut milk

Check out this easy recipe for dadar gulung.

Meloui are luxurious, savoury pancakes, whose primary ingredient is not flour but semolina. After preparing the laminated dough and before cooking the pancakes, they're shaped into a coil and flattened. One of the greatest factors in how your meloui turn out will be how you handle the dough whilst making them.

You can be flexible when choosing flour depending on what you have in your kitchen, so feel free to mix together different types alongside the semolina. Served for breakfast or tea, meloui are usually accompanied by butter or honey.

Make meloui to use up: semolina. Here's a detailed recipe for making meloui.