Is the global food emergency only a matter of shortages, or are wider systemic failures at play? There’s more price rises at both the farm and table. And Beyond Meat announces an unexpected champion. 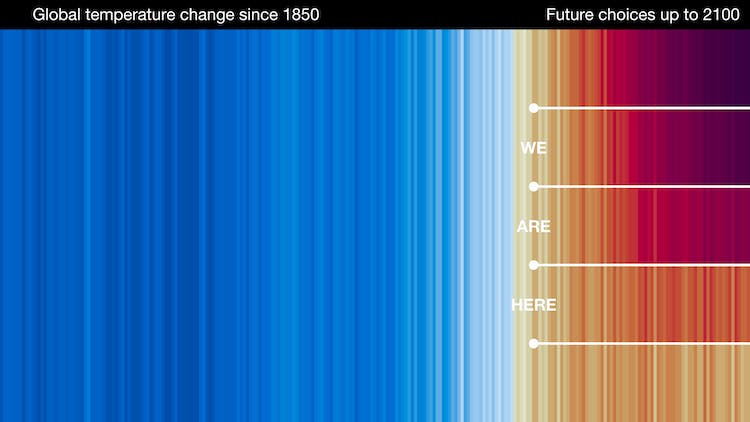 THIS IS NOT A DRILL

​​It’s a food emergency, and it’s worldwide. There’s more food being produced now than ever before, yet hunger has been on the rise since 2015.

“The global food system is beginning to look like the global financial system in the run up to 2008,” wrote George Monbiot in The Guardian.

But instead of too big to fail, it’s too big and too few. In the EU and UK, the top 10 food brands and retailers wield influence over 40% of agricultural land use.

“Although the war in Ukraine has created major supply disruptions… there is not a global food shortage,” said Nick Jacobs, Director of The International Panel of Experts on Sustainable Food Systems. “The real problem is that most of the world’s grain reserves are in the hands of big corporations, and they have little interest in disclosing those stocks or releasing them while prices are still rising.”

What can be done? The UN Secretary-General laid out a five point plan for the short-term. Among the mission critical steps, he called on governments to invest in “resilient food systems” and subsidies that protect small farmers.

“The food crisis has no respect for borders, and no country can overcome it alone,” said Antonio Guterres. “Our only chance of lifting millions of people out of hunger is to act together, urgently and with solidarity.”

Food prices in the UK are at historic highs, with retail prices of fresh food jumping 4.5% and counting. “In terms of prices, the only way is up,” said Honor Strachan, a food and grocery analyst at GlobalData.

“It’s a bit like gambling at the moment,” said Philip Rees, who owns a family farm in Buckinghamshire. “You’re looking at 30% extra cash to grow a crop than you were before.”

While general inflation in the UK stands at 6%, agflation levels are at 30%. Food prices might be going up, but farmers are still struggling with the effects of rapidly rising fuel, fertiliser, and feed prices. Top that off with seasonal worker shortages of up to 75% in some parts of the country, and British farmers are facing a multiple-whammy situation.

“The things that affect the farming industry more often than not are completely out of the hands of the individual farmer,” said Tom Raynham, who runs Raynham estate and farm.

YES WE HAVE NO FALSE BANANAS

Temperatures around the world in one of the next five years will likely be record-breaking, and not in a Guinness Book sort of way. So, instead of choose your player, it’s choose your climate future. (And there’s a corner of TikTok where climate champions are fighting the “doomers”, in the battle between action and apathy).

As temperatures rise and historic droughts hit, the climate threat to our food supply is compounded by the lack of crop diversity. A whopping 90% of calories come from just 15 staple crops.

Researchers are in hot pursuit of blight resistant and climate resilient crops.

They’re looking to the plant kingdom for solutions. “In the future, you could be breakfasting on false banana or snacking on pandanus tree fruit,” reported the BBC.

Just how far are we willing to go though? The Gov is proposing relaxing regulations on gene-edited products. Amongst scientists and activists alike, the reaction has been mixed – but it seems the public could bite. Yesterday’s “Frankenfood” just might be tomorrow’s “precision breeding.”

Finally, some lighter fare to leave you with: Beyond Meat announced a new Chief Taste Consultant, and her name is Kim. “I believe so much in the mission of Beyond that I’ve stepped in to help with my greatest asset – my taste,” said Kardashian.

Taste as our greatest asset? We couldn’t agree more.