What comes to mind when you hear the word “heatwave”? Packed beaches? Struggling to sleep? Well, what about food waste? 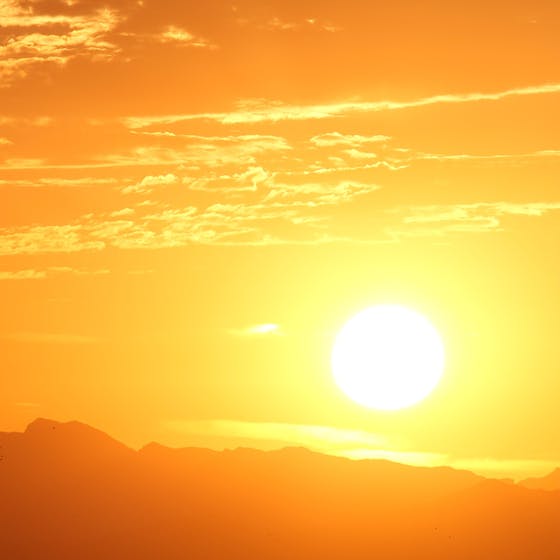 We all know it’s been hot in the UK recently. So hot, in fact, that the Met Office issued a Red Extreme weather warning. But these temperatures (and lack of rain) haven’t just made it harder to get a spot on the beach or get a good night’s sleep. They’ve also had a big impact on fruit and veg.

VEG ON THE EDGE

A lot of UK-grown veg just isn’t used to such high temperatures and such intense sun – especially over a prolonged amount of time. Crops like tenderstem broccoli, sugar snaps and spring onions have really struggled from issues like burning (from the intensity of the sun), flowering (that’s where flowers start growing the crops become tougher) and discolouration (any colour that isn’t typical for the crop). Of course, these issues can impact the quality of the veg, putting them at risk of going to waste. But, even if the quality is unaffected, they might still go to waste for being “too odd”.

Then there’s the veg that just stops growing in such intense heat. From targeted water application to improved refrigeration technology, farmers are doing what they can to protect crops, but they’re really up against it. So it’s looking like a shorter season than we’d hoped for some veg.

But even with preventative measures, things can (quite literally) change overnight for farmers. One of our growers lost 15 tonnes of spinach overnight due to bolting (which means it turned to flower) because of the high temperatures. So, while they originally had “too much” and needed us to rescue some, they ended up with only just enough for their supermarket orders. It goes without saying that 15 tonnes is a lot of wasted spinach, but losses like these have huge financial effects on farmers.

Like courgettes, a lot of fruit crops tend to thrive in the heat. This is especially true for softer fruits that need warm weather to grow, and orchard fruits that are also able to cope (up to a certain point).
During this heatwave, our growers have seen blueberries grow faster than usual. Because of this, they had “too many” blueberries on their hands. Rather than risking them going to waste, we were able to rescue them for your boxes.

But the weather doesn’t just impact how the fruit and veg grows. It also changes how it’s harvested. Some of our growers have started harvesting as early as 4 am to get as much done as possible before the temperatures get too high for pickers to work safely.
All of these challenges highlight just how hard growers have been working to get fruit and veg from the farms to our forks. But the heatwave also shows how little control growers have over their crops during extreme weather.

So, while there’s little we can do to counteract the tough conditions, rescuing any fruit and veg that’s at risk of going to waste does make all the growers’ hard work worthwhile, and makes sure that the water and energy that goes into growing the crops goes to good use, too.