We might be biased, but there’s no greater joy than waking up to a box filled with freshly rescued fruit and veggies and being surprised at the colours, shapes and sizes of all the different produce there. Some weeks you may find yourself comforted by the more familiar items (onions and carrots - we’re looking at you), and some weeks you may find yourself surprised and perplexed as you lift out relative oddities from your box.

Behind each box, is a small ODDBOX team hard at work with our growers and farmers, working out where surplus stock will be created, what fruit and veggies we can take (and why we’re taking them), and how to best distribute them across our boxes. It’s a complex process, and juggles many factors including how the weather has played out of late, but we think they do a cracking job of getting the best situation for both the farmers, and everyone who is lucky enough to receive our delicious fruit & veg to their door.

Our community members have often waxed lyrical about how much they enjoy reading our box letters (lovingly written by our Ops manager Gavin!), which detail the story behind that week’s produce. Which is why we’re taking you behind-the-scenes of our fruit & veg in these last two months, in the hopes that we can satisfy your cravings for more stories. 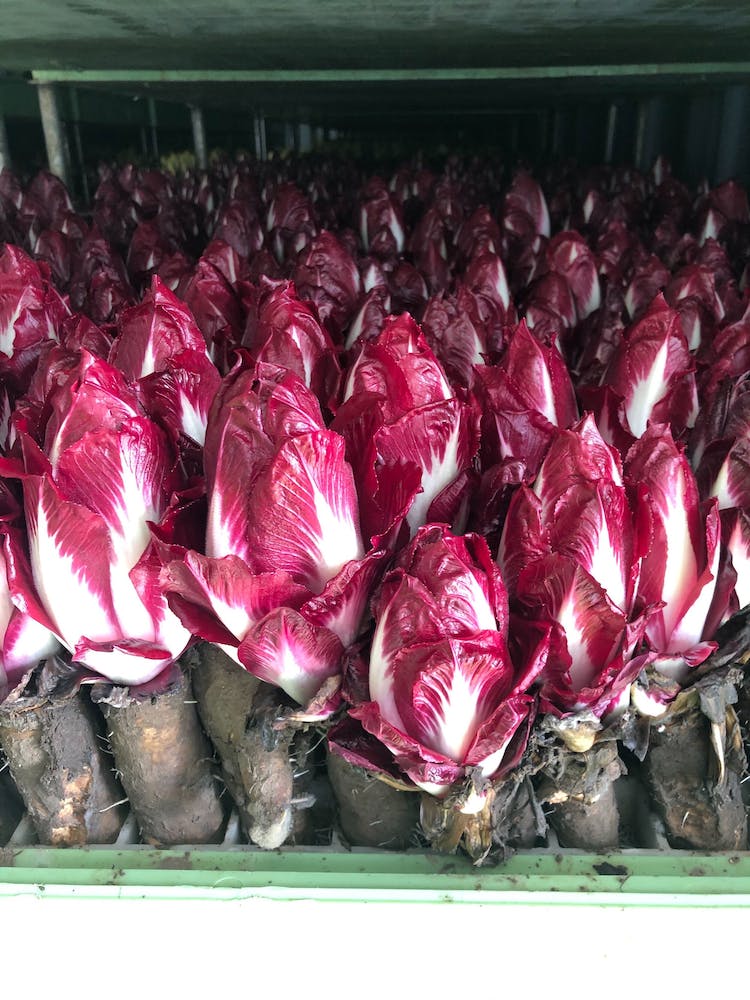 HOW HAS THE RECENT WEATHER IMPACTED THIS MONTH’S PRODUCE?

It’s hard not to notice the less-than-ideal weather conditions of late, what with our isles being subjected to the blustery nature of our friends Ciara, Dennis, and Jorge. As one might expect, farmers and growers are often at the mercy of the weather, with it playing a crucial role to the growing conditions of their produce. For us, ‘good weather’ is sometimes characterised by constant bright sunshine and warm weather, however for our growers, ideal weather conditions differ widely between produce - whether rain or shine.

Even before the trio of storms arrived on British shores, we have had multiple issues with rain in the prior weeks, leading to waterlogged soils which have cost growers the majority - if not the entirety - of some of their crops. Struggles with harvesting lead to certain produce simply not being able to make it out of the fields (let alone our boxes), whilst overly-saturated soils also put the future of summer crops at risk too. For example, you may have noticed an increase in cabbage-related recipes in our box letter (you’re welcome!). This is because cabbage is a pretty hardy vegetable, being able to last a fair bit despite the battering of rainy weather, and thus is the reason why we’ve been rescuing more of them. On the other hand, veg like cauliflower have been badly affected, meaning that they’re likely not to appear in boxes for a few weeks.

TELL ME MORE ABOUT… CHICORY:

One of our star veggies of late has undoubtedly got to be our chicory. Did you know that chicory is largely grown commercially by one grower in the UK? We have previously worked closely with them to rescue veggies that are perhaps a bit more niche, having taken celeriac and fennel in the past. Our celeriac in particular is farmed by one of our good friends at Jack Buck farms, and is endearingly nicknamed ‘The Ugly One’ (we don’t discriminate at ODDBOX!).

In general, weather tends to play less of a role with chicory than most veg as they’re often grown vertically in conditions which are controlled indoors instead. However, they are still at the mercy of retailer demand, so the resulting surplus created is luckily rescued by us to be delivered to your doors.

TELL ME MORE ABOUT… KALE CROWNS:

When you buy kale from the supermarket, what you’ll often see is that they’re in small pieces, with bits of stem and leaves evenly scattered throughout the pack. The kale often sold here is derived mainly from large leaves from the lower side shoots of the plants.

In perhaps one of our more unique stories, the recent batch of kale crowns in January had been suffering a fair bit of weather trouble, leading to the lower part of the kale yellowing and dying off. However, the commonly untouched tops of the kale had continued flourishing and were ready to be harvested. Despite growing healthily and to a great size, these kale crowns remained unwanted by large retailers for being not stalky enough, which is why we at ODDBOX happily took them on. With the economic and time stresses of stripping the leaves at the top one-by-one (how they’re usually sold), a collective decision was made to cut the tops off entirely as they were, presenting themselves as a gloriously leafy head of kale which we could pop easily into your boxes.

WHAT CAN WE EXPECT IN THE NEXT FEW MONTHS?

Forced rhubarb (which are very happy and willing to be rescued we promise!) is our seasonal highlight currently, and can be found as a delicious add-on in the next few weeks. In terms of the weather - as the storm (hopefully) eases off, we can predict a couple of items to start coming through including the potential of early British cucumbers in March/April time, as well as possibly even asparagus as we move across April. It’s safe to say however, that whatever fruit and veg that surprises you in the weeks coming, could’ve very well have surprised us too - in more ways than one.

Yours in fruit & veg,