Spotted any green apples in your box lately? 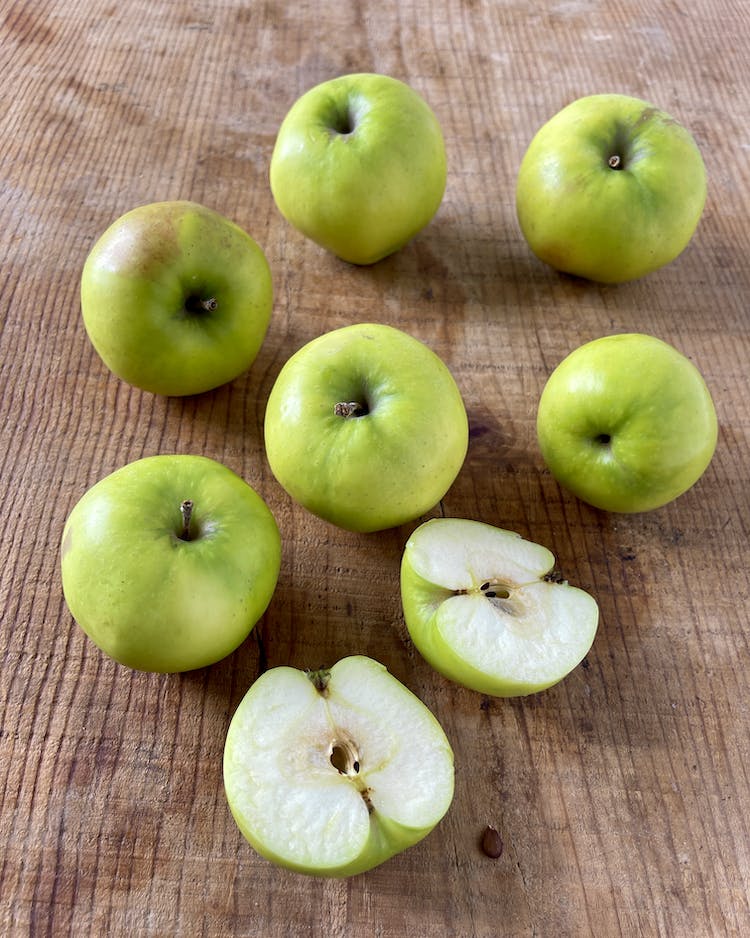 Although they look a bit like Granny Smiths, they’re actually a variety called Lilibet, named after the Queen. And they’re the first green apple to be grown commercially in the UK.

The trouble is, being a newbie on the apple scene isn’t all it’s pipped up to be.

Despite asking two of our growers to plant and cultivate Lilibet trees a few years back (possibly to coincide with the Jubilee), retailers now think they’ll only be able to sell the red ones, and have cancelled all orders.

With glorious green apples already on the trees, there’s no going back for the growers, who were left with tonnes and tonnes of unwanted fruit – over two whole lorries’ worth, in one case.

Why the change of heart?

According to one of our suppliers, this happens more than you might think.

Retailers decide to experiment with a new variety. Ask growers to plant it. And then have to cancel their order, either after trialling a small quantity or just because demand has changed.

That’s one thing if you’re planting lettuces, but it can take anywhere between three and five years to get a commercial crop from an apple tree – a mega waste of time, water and energy.

When you see “too many” as a reason for rescue on your box letter, it’s often because of a scenario like this. These Lilibets aren’t “too odd”, and they’re not “too small” or “too big”. They’re just the result of an imbalance in supply and demand – one of the most common causes of food waste.

Thanks to our wonderful community, we’ve rescued over 70 tonnes of green Lilibets.

But what would happen if Oddbox didn’t exist? And will we have to rescue the same amount next year when the trees grow fruit again?

As you can imagine, leftover apples have more chances in life than other fruit or veg (even pears). In normal years, they could be sold to the juicing industry or be processed for desserts. But with such a huge glut, the growers needed all the outlets they could find to stop the fruit being wasted altogether.

And as for the trees – well, thanks to the sorcery that is farming, growers will hopefully be able to graft on another variety to phase out the Lilibets rather than digging them up altogether. (Let’s just hope the next ‘experiment’ from retailers doesn’t go pear-shaped too.)

For now, we’ve rolled out our rosy-red carpet and given the Lilibets a welcome worthy of any Very Important Produce. Just as we do with all our rescued fruit and veg. Pip, pip hooray.