15 food waste facts and how it affects our planet

The global food waste problem is growing each year. We've gathered 15 food waste facts that will demonstrate why there's the need to change now. 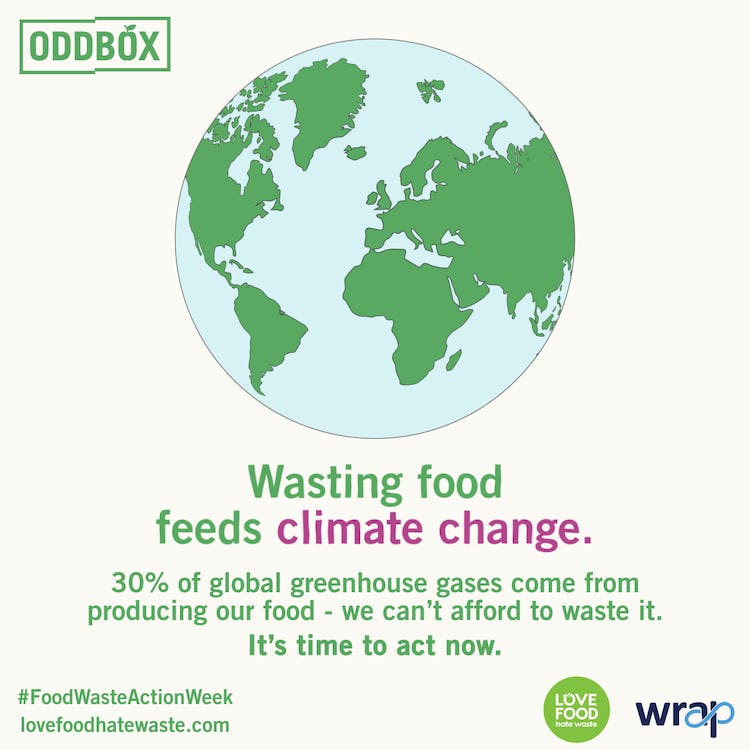 15 food waste facts and how it affects our planet

The environmental impacts of food waste are far-reaching. Revolutionising our broken food system to reduce wastage at the production, supplier and consumer levels has a big role to play in solving the climate crisis. To demonstrate why the need for change is now, here are 15 eye-watering food waste facts.

1) Around 1.3 billion tonnes of food is wasted every year - National Geographic, 2015

2) If food waste were a country, it would be the third-largest greenhouse gas emitter, after China and the US - Stop Wasting Food Movement, 2020

4) UK farmers are forced to throw away 10-16% of their crop annually because of foods supermarkets have considered simply 'ugly' or misshapen - Feedback, 2018

6) In UK households, 2 million tonnes of the food that goes to waste is untouched or opened/started but not finished - Wrap, 2017

11) Every year, the water wasted from food not eaten is the equivalent of the whole annual flow of Russia's Volga, Europe's largest river - Fao, 2013

12) Total household food waste in the uk has fallen by 7% per person in the last three years, but still stands at 4.5m tonnes overall - The Guardian, 2020

13) 240,000 tonnes of food is wasted by supermarkets every year, largely due to restrictive sell by dates and overstocking - Wrap, 2017

14) More food is wasted on uk farms every year than in the retail and manufacturing industries combined - Feedback, 2018

15) At a consumer level, each European and North American person wastes between 95 and 115 kgs of food a year. In south and southeastern Asia, the waste is 6 to 11 kgs per person. - Stop Wasting Food Movement, 2020.