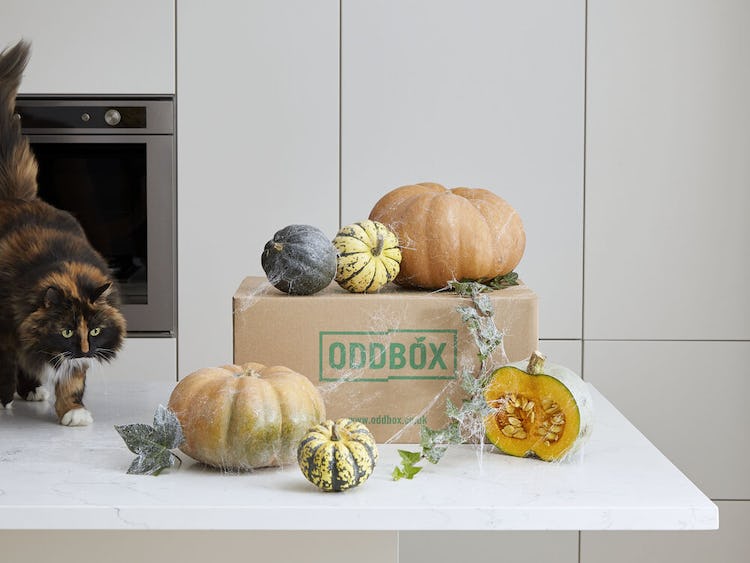 “Pumpkins have grown to be an October must have, just like a Christmas tree in December” commented Will Simkin of Essington Farm, speaking with Countrysideonline.co.uk. Will is among the thousands of pumpkin farmers helping to grow the mountain of pumpkins we love to carve every Halloween.

In 2016, the UK grew nearly 15 million pumpkins and this figure is only on the rise. Yet, the fate of these Halloween staples is pretty chilling.

Statistics published by the Guardian in October last year showed that over 51% of those who bought pumpkins, bin the flesh. A commitment to squashing pumpkin waste is at the heart of Hubbub’s campaign #pumpkinrescue and surveys undergone by the organisation made interesting findings. Although four in five people said they wanted to reduce their food waste, more than half admitted that they do not see pumpkin as a food. This explains the 360 million slices of potential pumpkin pie chucked into landfill. In fact, the 8 million disposed pumpkins would be enough to provide every person in the country with a bowl of pumpkin soup.

Earlier this year, WRAP published a report uncovering the sheer scale of UK’s food waste and surplus problem at the farm gate. It estimated 7.2% of all food harvested never actually leaves the farm due to imperfections or because it is deemed surplus to retailers’ requirements, ending up in landfill or as animal feed. This number jumps considerably when considering horticultural crops alone, with carrots, beetroot and parsnips showing percentages as high as 33%. Even though there is no data available when it comes to pumpkins, by adding its sensitivity to demand fluctuations to this scenario, it is safe to assume there will be a whole lot to be rescued at farm level.

In 2018 Hubbub saved 1,325 pumpkins at household level and served 1,673 bowls of soup to hungry shoppers at their Oxford festival. At ODDBOX, we rescued 1,800 pumpkins rejected at farm gate by retailers mainly due to being undersized or surplus.

This year, we want to take it further. Together with our community, we are aiming to rescue over 7,000 pumpkins from going to waste, pumpkins that will not even make it to supermarket shelves thanks to strict quantities and cosmetic requirements.

If you decide to carve it, making a pumpkin soup and roasting seeds are quick wins to avoid food waste. The versatility of a pumpkin, commonly perceived as a vegetable, while technically a fruit, means that it can be adapted to both savoury and sweet dishes. Think anything from pumpkin pesto to pumpkin and caramel cake, there are so many delicious and easy recipes, inspiring us to treat pumpkins as real food. Before and after they enter our kitchens.